When I think back over the past year, there are a couple major things I think of that I did: left my full-time job to go freelance, went to London, got a dog. Those are all huge and amazing, but it took looking through the photos I took on my phone to realize that a lot of other fun stuff happened too, along with some quick little moments of joy, which tend to make up a lot of the things I photograph.

I thought, then, that it could be cool to go through month by month of 2018 and pull out one photo for each that shows something that happened or something I enjoyed and don’t want to forget. Some months were unbalanced (a lot more happened in June than January), but I decided to still try out this method.

Got this shelf that I thought was going to fit perfectly in the nook in my kitchen only to realize I hadn’t accounted for the floorboards. This ended with me lugging back bricks from Home Depot to support it. (See, told ya I didn’t have anything too exciting for January, but this shelf is still standing and full of things now, and does fit nearly perfectly in that space. The bricks are barely noticeable.)

Turned 29 and got this breakfast while spending a nice morning alone (probably watching DVR’d reality TV): iced green tea and bagel with lox. 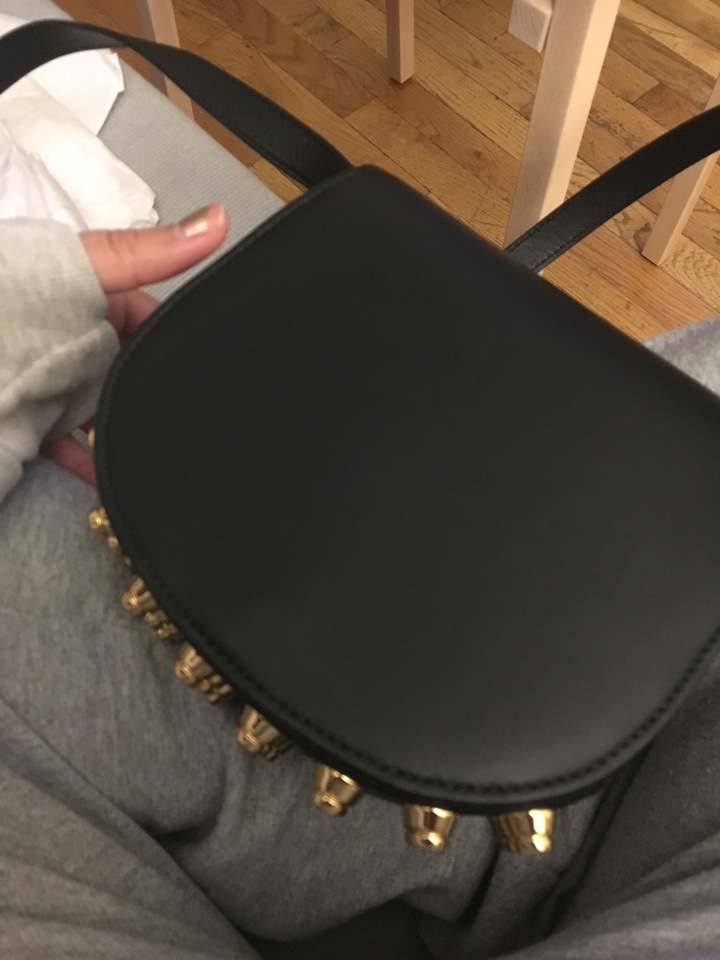 Got this Alexander Wang Lia bag that I promise I really, really love the design of and had for a long time and the fact that it is named after me was only a little bit of a boost. 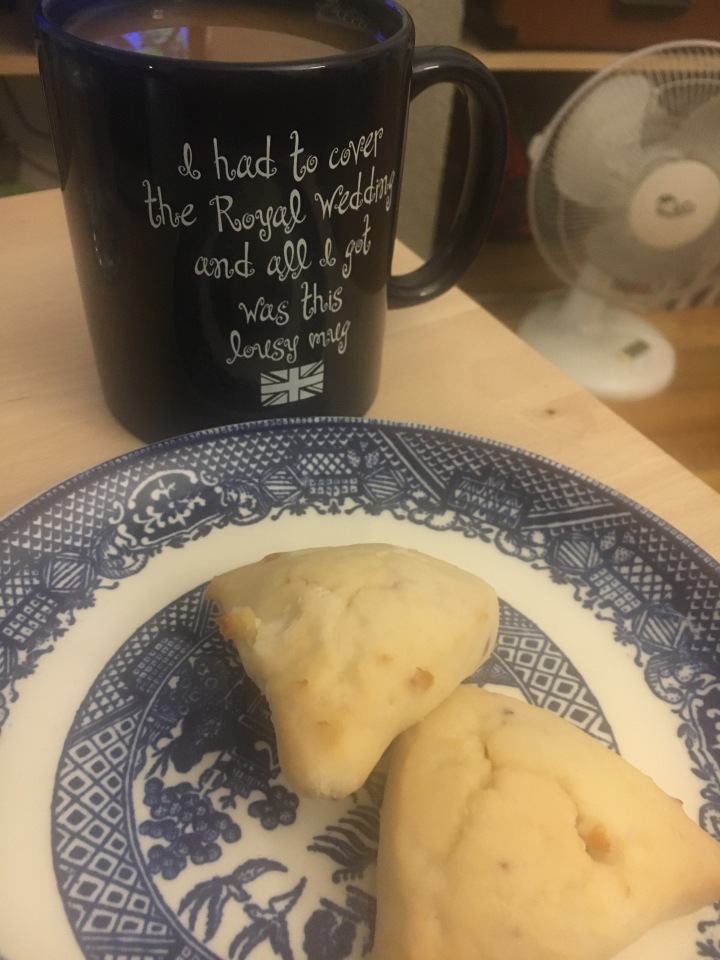 Covered Meghan and Harry’s wedding for work while having tea and mini scones.

Went to Miami with Michael right after my last day at my job. The beach was really disappointing, because there was seaweed everywhere and it was sweltering (also because I get my expectations up too high for things…), but this nice setup happened at Freehand. 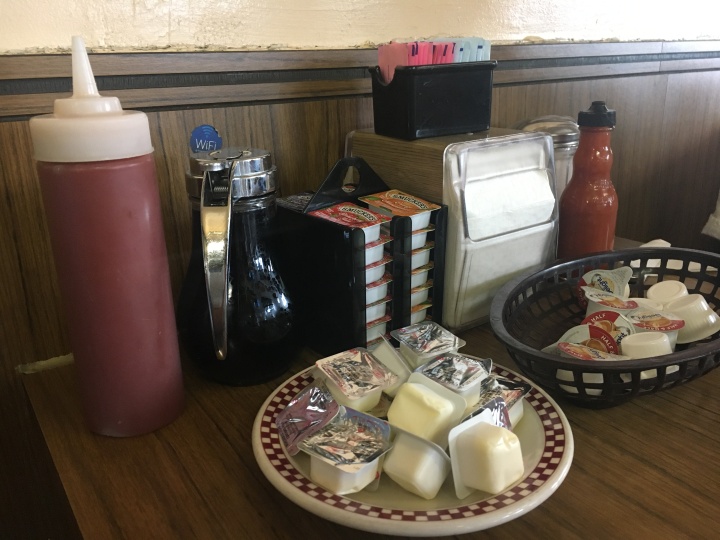 Visited my parents and got stoked about how many condiments were on the table at this diner. 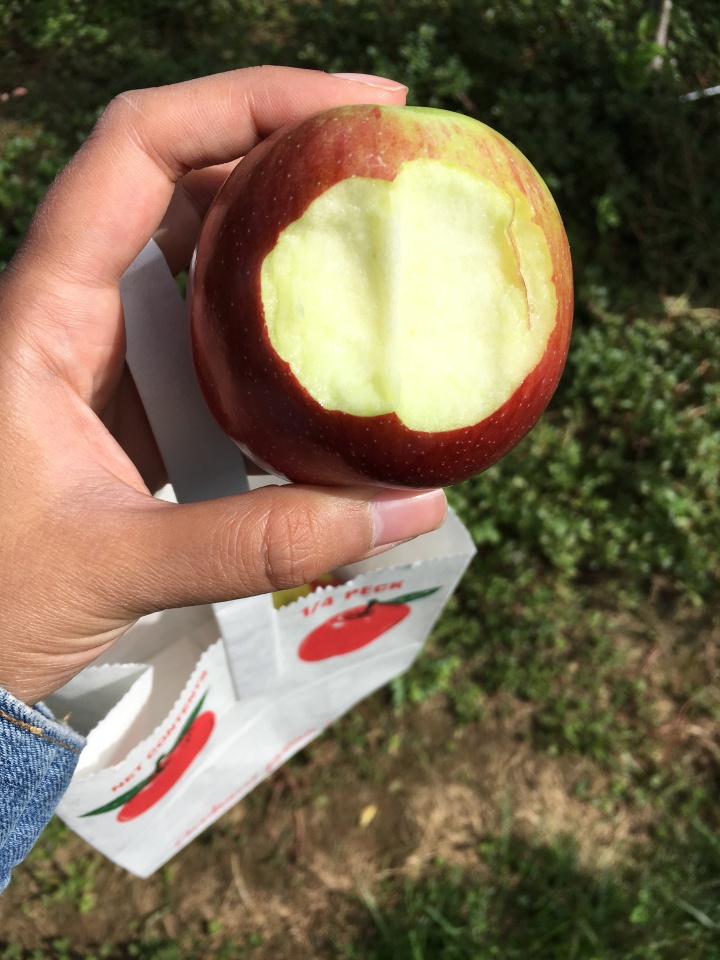 Went apple picking for my friend’s bday (and got hit in the back of the head with a swinging door and thought it was causing two different body issues for a couple weeks after — sorry, don’t have pics of that part!!!)

Went to London for a couple days and got pretty touristy, but not touristy enough because there wasn’t even enough time! (That is a Buckingham Palace bag. It has a stuffed animal corgi in it.)

Got Clyde!!! After years of talking about getting a dog we did it!!! Now I am constantly either saying things like “Hi Cutie! Hi Clydey Clue!” or “Oh my god are you kidding me what are you doing whyyyy????”

Well, I celebrated Christmas in New York for the first time since moving here seven years ago and I could post a picture of that. But, since I’m limiting it to one, I would like to remember this tea Advent calendar that, honestly, was life changing. Opening a tiny door every morning and getting an immediately useful present out really does something for you.

Now, I need to start taking some 2019 pictures, because so far I have one of Clyde eating his bland diet I had to cook for him, one of his poop I had to take for the vet (see: bland diet), and a couple of beauty products I threw away. It’s only up from here!!!

Welcome to Or Something, a blog about fashion, interiors, and other things I feel like being long-winded about. Read more about me here.